Estonians loved him. A biting tongue and unconventional behavior also provided him with many friends in Europe. His life symbolized Estonia’s fate in the XX century.

Lennart Meri was born in a family of an Estonian diplomat. He went to 9 different schools where he used 4 different languages. After the annexation of Estonia by Soviet Union in 1940 his family was deported to Siberia. However young Lennart used his banishment in a very unorthodox way. He began ethnographic research which was to be the basis for his future books and films. These books brought him fame not only in his own country but also abroad – in Finland some of his ethnographic publications are still used at the university today.

Since 1988 he was active in the independence movement. He established Estonian Cultural Institutes in European capitals, which after Estonia’s independence became its embassies. It was obvious that Edgar Savisaar would nominate him to be Minister of Foreign Affairs in Estonia’s first independent government.

In 1992 he took was a candidate in the first presidential election. However leftist candidate Arnold Rüütel received more votes. However the procedure for electing the president was such, that if no candidate received over 50% of popular vote, the Parliament chose the president. It chose Meri.

In the beginning virtually unknown as a politician Meri took everyone by surprise due to his unconventional behavior. A legend about a good king – philosopher was born. Meri saw his mission as not only performing duties specified in the Constitution but also in teaching the nation how distance itself from its communist past.

Returning from an important state visit, he surprised journalists waiting for him at the Tallinn airport. Instead of answering their questions he asked them to follow him. He led them to „a stinking toilet”, showing them a leaking toilet cistern, broken faucet, and moldy walls. He also said: „These are the remains of a previous epoch, which we must get rid of as soon as possible”. When he was leaving on his next journey, the toilet was completely renovated.

In 1998 he told the following story: „When I first entered the presidential residence I requested that a sealed door be opened. The guardsman refused saying that it is a place used by the KGB and he has no right to open it. So I asked him to bring me an axe. Confused he opened the door. As always it turned out that nothing was behind them. The Soviets have always built a aura of secrecy around themselves. Everything seemed indestructible. Yet it turned out that it was enough to look closely to figure out that nothing was behind this façade”. 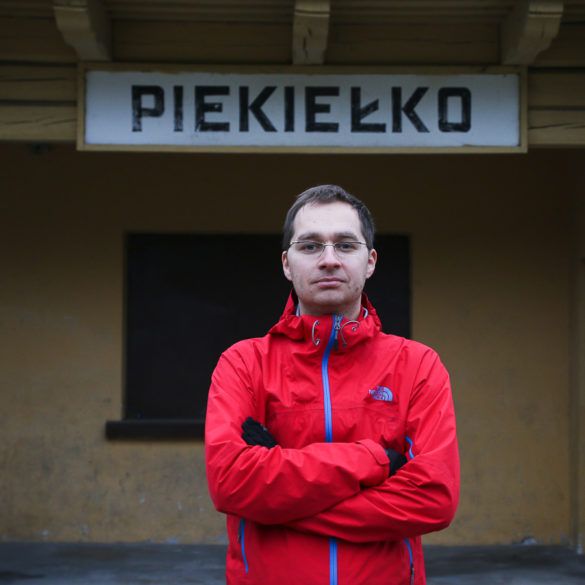