How Estonia Participates in the Eastern Partnership Programme

The Eastern Partnership programme includes the European Union and six countries located in Eastern Europe and the Caucasus. The Partnership is to bring the Eastern “Six” closer to the Union through development of export, and implementation of European values and standards in local institutions and societies. This time let’s take a look “from the other perspective” and see how EU states manage the project.

When compared with EaP states, Estonia would be in the rear as the smallest in this compilation. How such a small country – with a population of scarcely 1.34 million – can support, or influence, a big state as Ukraine, who opens the size ranking? The answer lays in the power gained in 2004 – the effect of joining the EU, and also experience learned from the process of reforming both the political system and economy. Estonia is eager to share its technological achievements in modern coding, CS, IT and e-administration. Moreover, this EU country smoothly cooperates with EaP states, mainly through the Estonian Centre of Eastern Partnership, also thanks to bilateral agreements with Tbilisi, Chisinau and Kiev, started several years prior the EaP inaugurations.

Tallinn’s activity did not appear out of nowhere. Long before the initiation of the EaP programme, Estonia had been cooperating with countries of this region in fields that later became the core of the Partnership. According to the website of the Estonian Foreign Ministry, for the last decade Estonians have trained ca. 200 civil servants from EaP states, and also advised on economy, social and administration reforms, among others. We could say that in a way the EaP allowed to “Unionize” the existing collaboration.

The Estonian Center of Eastern Partnership (ECEaP), based on resources of the Estonian School of Diplomacy and with financial and content support of the Estonian Ministry of Foreign Affairs, was opened in January 2011. First of all, the ECEaP activities include scholarships and trainings. The latter are dedicated to medium and high-ranking administrative officials, all in order to strengthen local public administration and its ability to cooperate with EU institutions. The Center supports and advise on state structures development, transformation process, reforms, etc. Trainings are short; an average one lasts a week and takes place in Tallinn as well as in partner countries, organized at their request. The scholarships that the ECEaP offer are for young diplomats, civil servants and civil society activists and function within the frames of the postgraduate study course “International Relations and European Integration” at the Estonian School of Diplomacy. The third key element of the ECEaP’s activity is organisation of lectures and conferences in addition to publishing studies and researches on the issues concerning the Partnership, which you can read in Eastern Partnership Review available on the Center’s website.

In the period preceding the initiation of the EaP, the better part of aid from Estonia was directed to Georgia, Moldova and Ukraine. The support that was going to Belarus was decidedly smaller, and a geographical distance between Estonia and such countries as Armenia and Azerbaijan kept it limited as well. Along with development of the programme, the aid was supposed to be divided more proportionally among the partner states. But Georgia remains the apple of Estonia’s eye. Suffice it to say that it was Martin Laar – the twice Prime Minister of Estonia and a father of economic reforms which resulted in Estonia’s dynamic development – who was the adviser to Georgia. Tallinn backs transatlantic and European aspiration of Tbilisi. Moreover, it supports Georgia with rebuilding of the country through development assistance.

Yet perhaps Estonians’ biggest pride is its level of cooperation with Moldova. Along with its growth, the approach of Chisinau towards the European Union changed: from keeping a distance and being an observer, through willingness to broaden cooperation, to becoming the leader among EaP states. In Tallinn, this success is interpreted as belonging partly to Estonia. Not only are Estonians active in spheres such as reforms, European integration and IT development, but also they train negotiators engaged in solving the conflict in Transnistria.

However, Ukraine is one of the hugest beneficiaries of Estonian aid assistance. Kiev receives support regarding political and economic reforms, and transatlantic aspirations. Bilateral projects cover, among others, education, research, e-administration, border service trainings, environmental protection and streamlining energy use. The remaining countries have weaker connections with Estonia, thus support for Minsk, Yerevan and Baku is smaller. Another case is Belarus, for its is perceived as a Trojan horse of Russian interests in the region and, in consequence, relations with this country are a huge challenge for Estonian foreign policy. In spite of that, Belarus still participates in the programme. As Vahur Made of ECEaP accurately defined, “… aspirations of those participating in trainings are similar in all partner states, so perhaps not at first, but eventually, such courses could cause a change of their approach [into pro-democratic one] while serving their countries”.

Estonia and the Eastern Partnership

It is necessary to answer a question of what benefits Tallinn obtains from participation in a not-so-easy modernization process taking place in states embroiled in numerous conflicts. The biggest threat Estonia faces is Russia, and any factor that can tip the balance in favour of a more positive approach towards the EU in EaP states is also a step forward towards better security of Estonia. The example that illustrates that correlation is the war in Georgia that took place in August 2008. Along with its outbreak, the sense of security in countries of Eastern and Central Europe diminished. After the conflict, Estonia put in its National Security Concept that the Russian imperialism is a danger to the country’s safety. Left to themselves, the Eastern “Six” could fall into the Russian area of influence.

We could take a look at Estonian aspirations from a European point of view. Without any hesitation, we could agree with Made who believes that participating in the EaP programme builds an image of Estonia as a country of resources, knowledge and experience enabling efficient cooperation with eastern neighbours. Thanks to that, Tallinn establishes its position in the region as well as in Brussels, for activity in this field means political advancement. As Made and Jaap both admit, the EaP is, in a way, a reaction to a void that appeared within foreign policy after the end of integration process with major international organizations. Actions in the region became the new mission of Estonia on European forum. To sum it up, we could assume that the EaP and opening of the ECEaP is a form of institutionalizing cooperation that long before Estonia had cultivated with current EaP partner states. Besides material aid, Tallinn invests its academic resources in development of the region. These actions serve as means for strengthening Estonia’s position among eastern neighbours and in Brussels, all in order to improve local and regional security.

Source: The article was first published in Eastbook.eu. 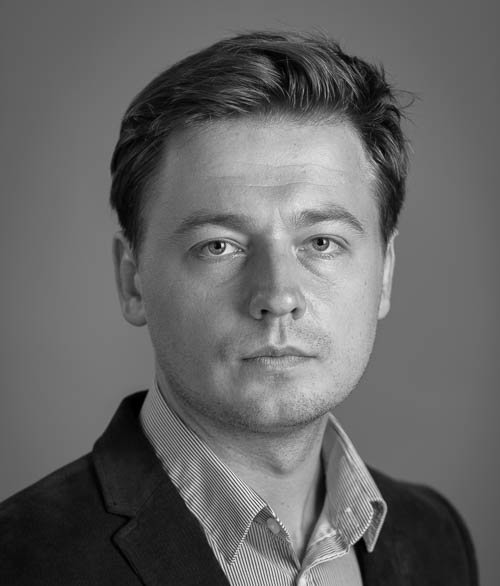