8 May: Memorial Day for the victims of World War II

By its resolution of 22 November 2004, the United Nations General Assembly declared 8 and 9 May as a time of remembrance and reconciliation, and invited Member States, United Nations bodies, non-governmental organizations and individuals to observe annually either one or both of those days in an appropriate manner, to pay tribute to all those who lost their lives in the Second World War. Estonia also supported this resolution.

The Republic of Estonia did not participate in World War II as an independent state. The secret pre-war agreement (the Molotov-Ribbentropp Pact) signed between fascist Germany and communist Russia resulted in the annexation of Estonia and the other Baltic States by the Red Army as well as the forced incorporation of the Baltic States into the Soviet Union. From 1941-1944, Estonia was the field for battles between Germany and the Soviet Union. The occupation regimes changed several times. Estonian citizens were forced to participate in war activities by the two occupying regimes, Germany and the Soviet Union.

In serious violation of the international law of war, Estonian soldiers were conscripted to fight in the forces of both occupiers.

Thus, we can say that World War II began for Estonia in 1940 with the occupation by the Red Army and the end of the war came in 1991 with the restoration of Estonian independence followed by the withdrawal of the last foreign military troops from Estonia in 1994. Western countries including the United States, the United Kingdom and France never recognised the occupation of the Republic of Estonia.

In Europe and the United States, 8 May is celebrated as the end of World War II in Europe. In Estonia, 8 May will be celebrated as a day of remembrance for those who fell in World War II as well as for the victims of the repressions and crimes committed by the occupiers.

The Estonian Government declared its complete neutrality at the beginning of World War II.

The Soviet Union occupied Estonia in 1940. The aggression was based on the secret pre-war agreement (the Molotov-Ribbentropp Pact) signed between the Soviet Union and Germany. The pact distributed European countries between the two occupiers. Allied Hitler and Stalin divided up half of Europe.

After the occupation of Estonia, World War II battles made their way back to Estonia in June 1941 with former allies Germany and the Soviet Union fighting each other. During these battles from July-October 1941, Estonia became completely occupied by Hitler’s German forces.

Using the political situation, as German forces were withdrawing and Soviet forces had not yet reoccupied the country, acting Estonian President Jüri Uluots, operating underground, appointed a new government led by Otto Tief on 18 September 1944. This was a heroic attempt at restoring Estonian independence, which was not recognised by Germany or by the Soviet Union who was reoccupying Estonia.

In 1944, the Soviet Union reoccupied Estonia, but not without an attempt being made at restoring Estonian independence. The vacuum created by one occupying force leaving and the other arriving gave the opportunity to raise the Estonian tricolour and make a restoration attempt.

The second Soviet occupation ended in 1991 with the restoration of Estonian independence and the last foreign military forces left Estonia in 1994.

Violating international law, the Soviet Union forced Estonian soldiers including conscripts to serve in the occupying military forces. At the same time, practically the entire officer corps was murdered. During the war with Germany, more than 33 000 Estonian citizens were „mobilised” to other parts of the Soviet Union, where the majority were placed into work camps serving in the prison camp system. At least one-third died in the first year of imprisonment due to starvation, disease and strenuous work requirements. In 1942, the Red Army 8th Rifle Corps was formed consisting of the survivors and other Estonians who had lived in the Soviet Union prior to World War II.

Until 1943, no Estonian citizens had been mobilised into the occupying German military forces. This was based on Nazi ideology (since Estonians were not considered to be „pure” Aryans, they were not trustworthy). Using the anger that had grown among Estonians, because of the repressions and sufferings caused by the Soviet occupants, a small amount of volunteers were recruited. These men served to a limited extent on the war front or were responsible for protecting the rear.

When the situation on the eastern front became critical for the Germans, several forced recruitments and mobilisations took place throughout the Estonia territory from 1943-1944. The mobilised Estonians were not taken into the German National Army, the Wehrmacht, but were rather mobilised into security and attack units including Waffen SS units. The mobilisation of citizens of occupied territories is prohibited by the international law of war. Thus, the Germans attempted to hide this by presenting the mobilised men as volunteers in military auxiliary services (allowed by the international law of war) or as volunteers in the Estonian Legion. However, what occurred was clearly the mobilisation of an occupied territory’s citizens into foreign military forces. All together, up to 70 000 Estonian citizens were mobilised on Estonian territory into various units.

In the beginning of 1944, Estonia’s underground National Committee and its constitutional Prime Minister acting as President Jüri Uluots called upon Estonians not to avoid the mobilisation irrespective of the fact that the mobilisation was in violation of international law. They saw that with German weapons they could create a National Army and by that prevent a new Soviet occupation and restore Estonia’s independence. Despite Germany’s refusal to recognise the restoration of Estonia’s independence, there was hope that by not fighting the mobilisation a new occupation could be avoided – it was not doubted that Germany would lose the war. Estonian patriots were convinced that the organisation of post-war Europe would be based on the principles of the 1941 Atlantic Charter.

From 1943-1944, approximately 3 400 Estonians escaped to Finland and joined the Finnish Army to avoid the German mobilisation. Half of them returned to Estonia in 1944 to support with arms the Estonian attempt to restore independence.

After reoccupying Estonia in the autumn of 1944, the Soviet forces continued the mobilisation of Estonian citizens.

Over 100 000 Estonian citizens, representing close to 10% of the population, were mobilised by the two occupants during World War II. The Stalin regime did not recognise any of the principles of the Atlantic Charter. The occupation continued after World War II and was accompanied by genocide. In 1949, tens of thousands of Estonians were deported from their homes to Siberia.

The forced enlistment of Estonians into the military forces of the occupying regime continued until Estonia’s restoration of independence in 1991.

At the end of 1945, approximately 900 000 people lived in Estonia. Thus, Estonia had lost one-fifth of its pre-war population.

In addition to which, several traditional Estonian national minorities had either left or had been destroyed – Germans, Swedes and Jews.

Approximately 80 000 Estonians from the pre-war population had escaped or emigrated and did not return to Estonia (including approximately 7 000 ethnic Swedes). In addition to this, approximately 20 000, so-called Baltic Germans, settled in Germany.

In 1941, the Soviet regime deported 400 Jews to Siberia (10% of the Jewish community in Estonia). From 1941-1944, 1 000 Jews living in Estonia were killed by the German occupiers, practically all who had not been able to escape from Estonia. The Nazi regime also killed citizens of other countries in their concentration camps in Estonia, primarily Jews.

From 1940-1945 at the least 70 000-75 000 Estonians died as victims of the occupations and World War II representing 6-7% of Estonia’s pre-war population. Largely as a result of World War II, the population of ethnic Estonians has still not reached its pre-war levels.

The Estonian state and its people were one of the first victims of World War II. Estonia’s fate – the violent annihilation of its independence – was decided by the same deal (the Molotov-Ribbentropp Pact) with which fascist Germany drew confidence and courage to trigger World War II by attacking Poland. Having lost their independence, the citizens of Estonia also became the victims of aggression by foreign powers. Estonian citizens were forced to fight in the armies of the occupying countries. Estonian soldiers were not able to fight in their own country’s uniforms, for their own country, for the freedom of their people.

As a democratic country, Estonia does not consider to be criminals those who were forcefully enlisted to fight for the occupation regimes nor see the need for them to be punished. This position was used by Western democracies following World War II, for example, fighting on the German side did not prevent the obtaining of residence permits or citizenship in these countries. Exceptions were those who committed crimes against humanity by participating in the repressions carried out by the occupying powers. With regret, it must be noted that some people, for various reasons, accepted the ideologies of the totalitarian regimes and participated in the violence. The majority of the people condemned this kind of behaviour remaining true to their state and democratic ideals.

The Estonian soldiers who lost the right to make their own decisions and choices were victims just like all other Estonian citizens who suffered because of this war.

Belonging to those who had lost the most due to World War II, the Estonian people shared its solidarity and support with all countries and peoples, who were fighting for their independence and sovereignty. Many were victorious 60 years ago, but some were not. As a result of World War II, Estonia lost its independence and experienced great losses of its people. Thus, Estonia will celebrate 8 May as the end of World War II in Europe, but primarily as a day of remembrance for the victims and the fallen. This day did not bring freedom to Estonia. 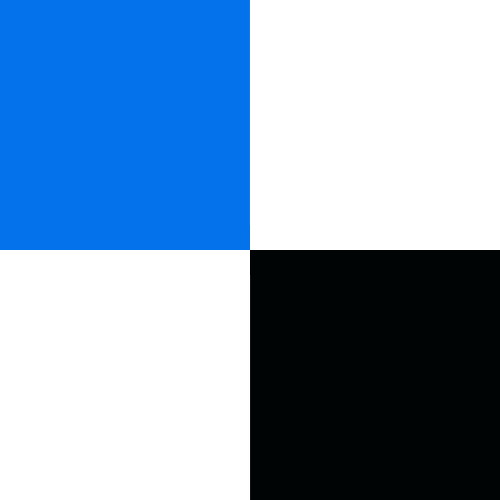